A Blog For Everyone About Everything!
DelhiIndia

Get Ready To Get Scared! Here Are Some Most Haunted Places In Delhi!

Delhi, India’s capital is famous for many things including its nightlife activity, restaurants, Chandni Chowk, travel places, trekking, and much more. But how many of you know that Delhi is also famous for haunted places? Here, we are going to bring to light some of these amazing places that are famous for some horror stories. We are not saying that ghosts exist in Delhi but people have experienced some paranormal activities at some places in Delhi, that’s why these places have been Haunted and Delhi people do get scared from these places. We have come up with these Haunted places in Delhi so that you should visit at least once if you think you are a Braveheart (:good:)

Most Haunted Places In Delhi to visit with your Gang

Delhi has many beautiful places to visit like museums, monuments, and forts, but let’s check out some Haunted places in Delhi to visit.

Well, you will not believe that the beautiful creation of Maharaja Agarsen is one of the Haunted places in Delhi. In the 14th century, the Maharaja built this water reservoir and it is Delhi’s oldest monument which is protected by the Archaeological Survey of India.

Baoli is a water temple that has several steps reaching to the bottom of the structure where water gets stored in a well and there is something in the water which hypnotizes you. In past years, when water used to be full, many people have committed suicide in it. But nowadays the water has dried up and you can see the base of Basoli. Anyone who goes down deeper and deeper, felt like somebody is controlling their mind. Isn’t that strange? People say that whenever they stand near the tank they feel like they under somebody’s influence. But thankfully, nobody got hurt due to this. Delhi people are very well familiar with the story of this Haunted house in Greater Kailash locality. In a posh locality of Greater Kailash house number w-3, witnessed the murder of an elderly couple in 1986. Madhu Kaul and her husband Yadu Kailash were brutely murdered in their house by their Yoga Guru. Afterward, he buried their bodies underground in a water tank of the house.

For more than 27 years the house has remained unoccupied because the police tried finding couples close relatives but didn’t succeed. Well, people have heard cries of the elderly couple in the vicinity of this house and some of them also claim of seeing the same couple peeping out through the window or seating on the porch. Even the people say that you can see them on the ‘Amavas Ki Raat’. Well, that’s strange!! 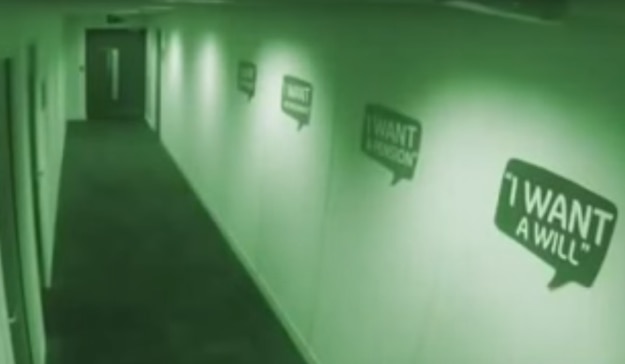 Every Courthouse has its usual visitors like lawyers, police officers and judges but, Karkardooma Court has unusual visitors too. Can you imagine that a courtroom can be a haunted place? As people have seen in one CCTV footage that several paranormal activities take place during the night at various parts of the courtroom. Activities like drawers opening automatically, chair moving towards computer tables, all the papers scattering across the room like somebody is throwing them in the air makes this place haunted.

feel the Lawyers are failed to find out the culprit behind all the nuisance. Sometimes the computer starts like magic which so weird. A senior lawyer has also seen a ghost-like shadow figure in his camber too. Some of them believe that there is a team of hackers trying to steal information while others feel there is a presence of supernatural powers. All these incidences have mad this court the haunted place plus it is also known as one of the most haunted courts in the world.

Adding to list, this Haunted place in Delhi where people living in the finest society of Delhi once witnessed an unusually pale corpse woman hanging down from the tree. Well, that’s scary. Right?  the strange part is that nobody knows what happened in that place but people keep on hearing the evil laugh of these women. Some people also believe that there was a graveyard on this land earlier and hence ghosts haunt this area.

Even on the road people found one lady dressed in Rajasthani clothes in the midnight which made the people living there scared plus if you cross them they follow you matching the speed of your vehicle but as soon as you pass a small temple at the end of the road they disappear into the air. Well, we are not sure about it but if it happens then you should take care of it while crossing this area.

Dwarka Sector 9 Metro Station, The Most Haunted Places In Delhi

How can be a Metro station be a haunted place? Well, people traveling from Dwarka Sector 9 metro railway station have experienced some unnatural events during the night. People have seen a lady appearing out of nowhere and disappearing right between the tracks plus some of them have also seen a human-like figure floating on the escalator. Well, that’s shocking!!!

Because of these incidences, Dwarka Metro station is one of the Haunted places in Delhi. Well, people avoid visiting this area at night.

One of the most haunted places in Delhi is The Bloodthirsty River in the Rohini area. People avoid visiting this place and bodies are still found at the banks of the rivers. Well, it is a belief that whosoever goes to the river, doesn’t come back because the water pulls that person towards himself.

The surprising part is that the flow of water is not that fast plus it is not deep but still people stuck inside and doesn’t come back. People feel that some unnatural power pulls the person into the river and resulting in that person’s death. That’s why the name of the river is The Bloodthirsty river.

Mentioned above are some of the most haunted places in Delhi. Some of us might not believe in supernatural but, several pieces of evidence have proved that these places are actually haunted. So, if you are among the people who search for the thrill and believe in the supernatural, these places might give you goosebumps.

0 906
Share
Subscribe to our newsletter
Sign up here to get the latest news and updates delivered directly to your inbox.
You can unsubscribe at any time

Vaishali is a passionate writer, philanthropist, and visionary with a keen interest of bringing forth the ideology that can be perceived to the extent of excellence.

Subscribe to our newsletter
Sign up here to get the latest news and updates delivered directly to your inbox.
You can unsubscribe at any time

Best Cafes, Restaurants in New York | A Treat For Foodies Like Us!

Here Is How You Can Celebrate Eco-Friendly Holi! Making A Difference!

Theme Based Restaurants in Bangalore

MS Dhoni: The Heart Spilled Out Of A Fan

Exploring The Pink City | Best Places To Visit In Jaipur

Best Places To Get Best Pizzas In Chandigarh!

Best Chaat Corners In Chandigarh You Must Try!

How To Design A Bachelor Pad That Inspires & Encourages…

Best Essential Oils For Hair Available In The Market!

Ads
Stay With Us